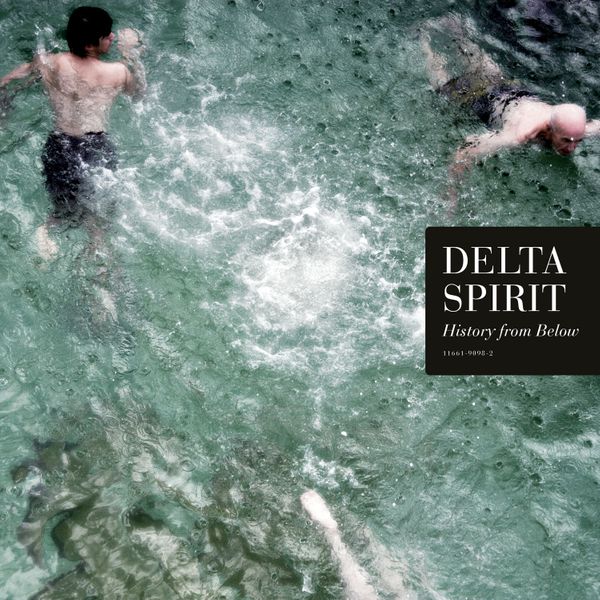 History from Below is the highly anticipated follow-up to Delta Spirit’s captivating debut album, Ode To Sunshine, which brought the band thousands upon thousands of passionate fans, along with the kind of critical acclaim most bands dream about. SPIN hailed the album in its four-out-of-five-star review, saying, “This rousing debut impresses mightily,” while Filter called it “Pure joy” and Jim Fusilli of the Wall Street Journal said, “I make no pretense of objectivity with Delta Spirit, I love these guys.” After touring non-stop to support their debut, the band came off the road and wrote and recorded their new album in just a few short months with the help of Eli Thomson and Bo Koster (My Morning Jacket) at Prairie Sun studios, the same place Tom Waits has recorded almost exclusively since 1991. History from Below showcases a road-tested band that picks right up where Ode To Sunshine left off, with 11 new rocking, soulful songs, including the driving lead single “Bushwick Blues” and the anthemic “Golden State.”

Copyright (c) Rounder Records 2010. All Songs The Order of the Spanish Preacher (ASCAP)